What is a STUPA?

The highest quality that a living being can develop, its highest realization, the greatest expression of the holy mind is the ultimate symbolism of a stupa.

The attainable, but conceptually indescribable and unthinkable, state of ultimate happiness, soaked with and inseparable from true love and supreme wisdom, is the symbol of every stupa. Stupas thus become profound sources of inspiration for those who build, renovate, circumambulate or simply observe them.

The energy produced by a stupa radiates in the surrounding environment, producing profound peace, wisdom and love for every living being. At the same time, the stupa operates on other levels of energy: 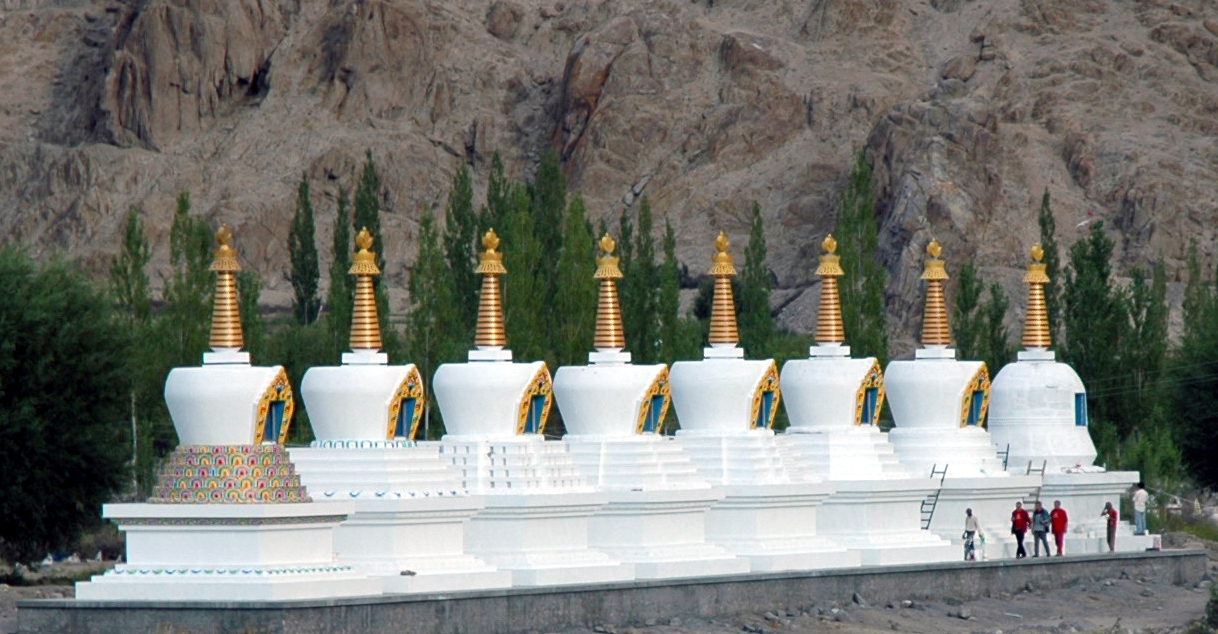 On what could be defined as the archetypal level, a stupa includes five fundamental geometric figures, corresponding to the five elements: earth, water, fire, air and space. These elements constitute the world and pervade it, even in its smallest particles. The five colors, yellow, white, red, green and blue, respectively, are also associated with the five elements.

On the tantric level, in the vajrayana tradition, a stupa symbolizes the Dharmakaya; symbolizing the five wisdoms of the mind of a Buddha, the five purified aggregates, and the five chakras.

It is said that for as long as a stupa will remain on Earth, Buddhist teachings will be preserved. Indeed, in the future, as the era of degeneration will progress, signs of the presence of the Buddha will disappear, including (in this order), the effigies of his body (statues, paintings, etc.) and the teachings that carry his words (the sacred texts). The symbols of his mind (the stupas), however, will remain visible and be the last to disappear.

On a historical level, every stupa commemorates and celebrates one of the eight main events of the life of Buddha Shakyamuni in our world