The Benefits related to circumambulating a STUPA

ACCORDING TO THE GELUGPA TRADITION

In response to a question from Ven. Shariputra, Buddha explained the benefits reaped by someone who circumambulates a stupa:

“Free of the eight unfavorable circumstances, you will be reborn in a noble family and possess great riches. Free of disturbing emotions, you will love practicing generosity, you will have an attractive appearance and a beautiful complexion, others will rejoice in seeing you, you will be powerful in the world, and become a king of Dharma. You will be reborn a fortunate being, you will have enthusiasm for Buddha’s teachings and, having become a yogi, you will accomplish great miracles and will gradually obtain the 32 signs of purity and the 80 perfections of the body of a Buddha.”

The enormous positive influence of a stupa therefore derives from the combination of various factors:

the virtue of the relics it contains;

its very geometric and symbolic configuration, which includes the stylized figure of Buddha in meditation on a lotus throne, with legs crossed on the steps, the chest in the dome, and the head at the summit completing the nada;

the consecration of the stupa (carried out by invoking transcendental wisdom) unifies itself with the virtuous motivation underlying the wish to build the stupa and with the positive energy generated by the work leading to its realization.

From the moment a stupa represents the enlightened mind of Buddha and the essence of his doctrine in a stable and lasting fashion, containing relics of holy beings and various sacred objects, it will be further consecrated with specific rituals. This will result in the stupa becoming an excellent receptacle (ten) for offerings (chopa) and the devotional practices of the disciples, as evidenced in the corresponding Tibetan term, chöten.

The merits that derive from participating in the construction of a stupa and making offerings and devotional practices to a stupa are such that you will be reborn in Sukhavati, the pure land of Buddha Amithaba.

Those who live in the area surrounding a stupa, even animals, feel its positive influence, obtaining more peace and welfare. At the mere sight of a stupa, by hearing of its qualities, by merely remembering it, by touching it, by simply being in its shade or being brushed by the wind that touched it, you will succeed in purifying bad karma, even that of having committed the five actions of immediate retribution; you will be happy in this life, and will achieve perfect enlightenment 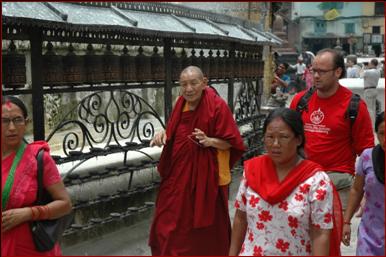 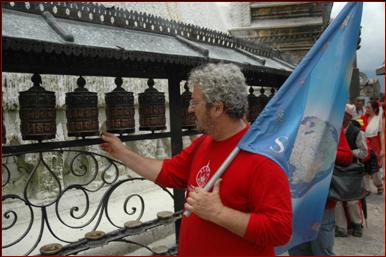 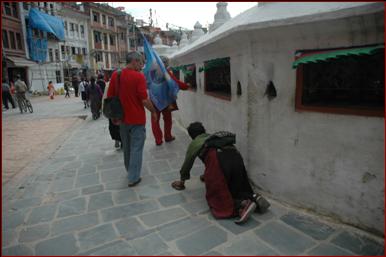